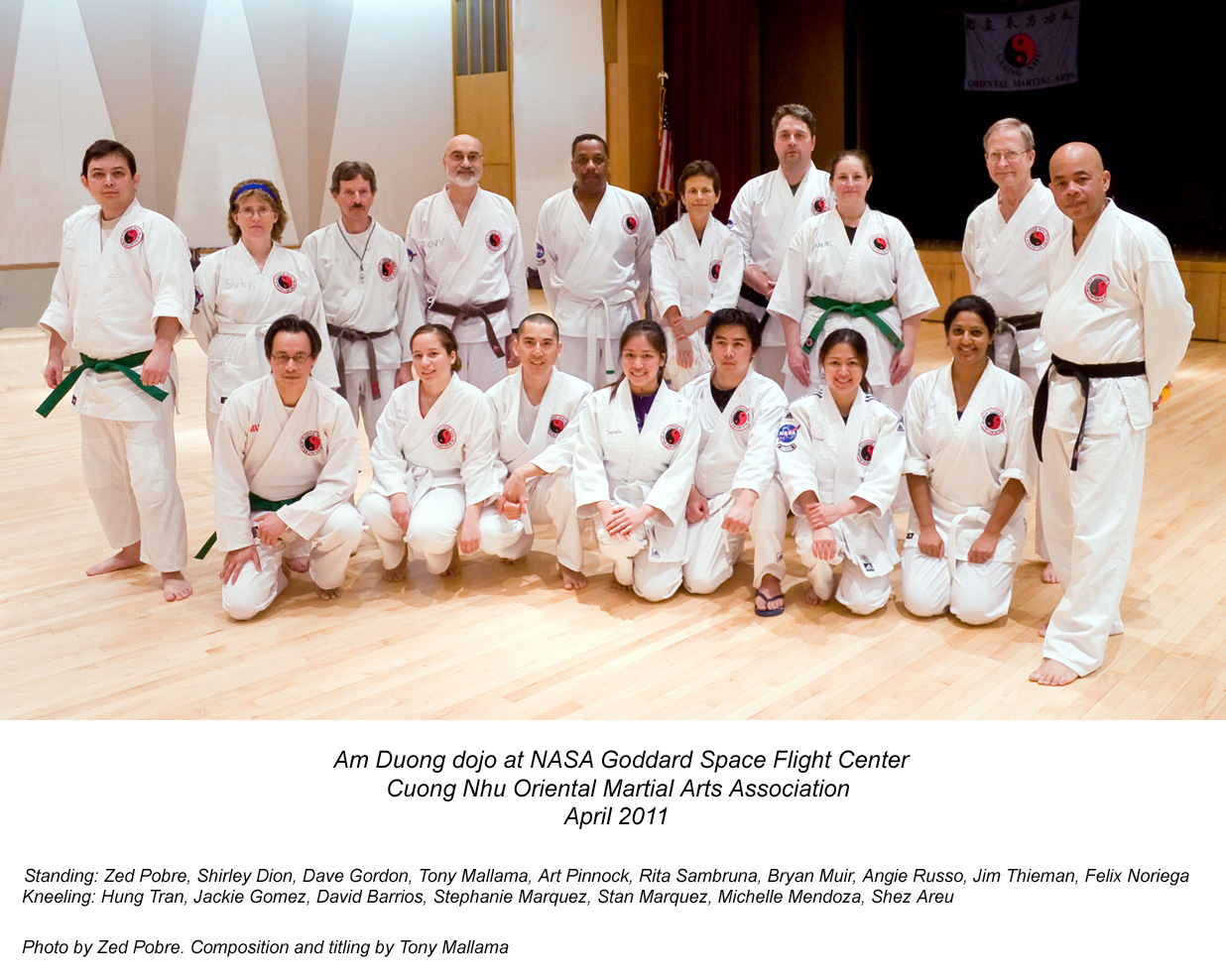 Cuong Nhu was founded in 1965 by Grand Master Ngo Dong in Vietnam. Cuong Nhu combines the hard-style blocks, punches, and kicks of Japanese Shotokan karate with the softer, more circular movements of arts such as Judo, Aikido, Wing Chun, Tai Chi Chuan, and Vovinam (a Vietnamese art). A few of the elements of Boxing can also be found in Cuong Nhu. It is this blending of hard and soft styles from which Cuong Nhu derives its name, which is Vietnamese for Hard (Cuong) - Soft (Nhu).

Am Duong (Yin-Yang in Vietnamese) club was formed in 1987 at the NASA/Goddard Space Flight Center. Classes are held on Mondays and Thursdays. The normal Am Duong dojo (training place) is located in the Building 28 Atrium. However, due to COVID-19 and center access restrictions, training is currently virtual, from 5:45 pm to 6:45 pm.

In addition to learning empty-hand techniques, students train with weapons such as Tambo (short stick) and Bo (long stick).

CLASS LOCATION
Click here to go to our video page